Utsav D. Dave completed his bachelor's degree in Engineering Physics from the Indian Institute of Technology Guwahati during 2006-2010. Subsequently, he did the Masters of Science in Photonics degree under the Erasmus Mundus program attending courses at St Andrews University (UK), Heriot-Watt University (UK) and Ghent University (Belgium). During the masters, he investigated the interplay of thermal, eleasto-optic and free-carrier dispersion on the performance of silicon photonic integrated filters. He then continued in Ghent University to pursue a doctorate in the Photonics Research Group starting in October 2012. During the course of the PhD, he conducted research into integrated nonlinear optics, focusing on ways to overcome some of the major problems faced in the silicon-on-insulator platform for nonlinear optical processes. This research included investigations of the amorphous silicon as well as the development and characterization of an integrated III-V-on-insulator platform for nonlinear applications. He enjoys travelling, reading, and reading while travelling, footall (soccer) and cricket. 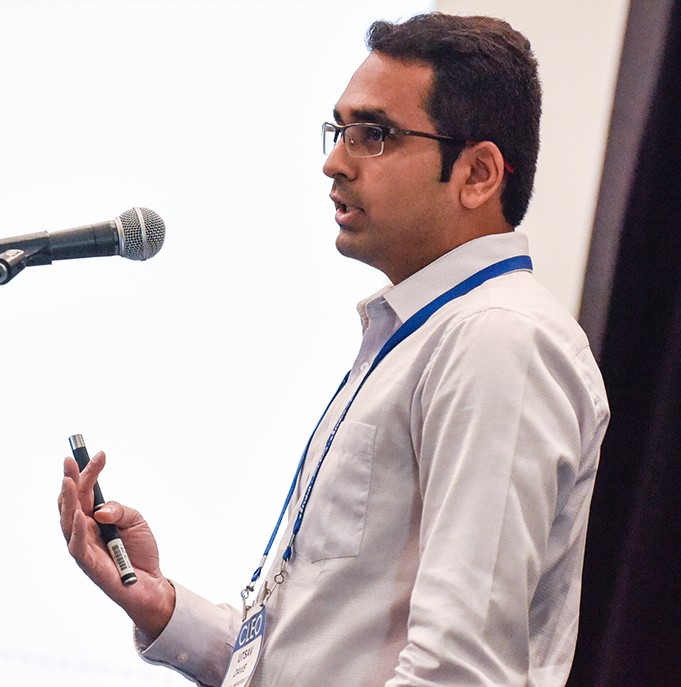