Euijae received a B.S. in Electrical Engineering from Purdue University in 2011 and a M.S.E. in Electrical Engineering from the University of Pennsylvania in 2013. During his time at Penn, he characterized ITO thin films for electrically tunable absorption of a plasmonic resonator and developed flexible graphene microelectrodes for simultaneous neuroimaging and electrophysiology. He then worked for two years at the University of Minnesota to develop silicon-based implantable neural probes integrated with silicon
nitride waveguides and grating couplers for optogenetic applications. He is currently pursuing his PhD in the nanophotonics group and his interests include novel photonic devices and chip-based optical frequency combs. 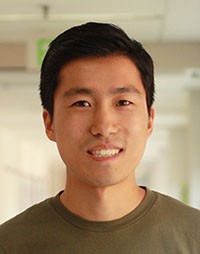